Brazilian Jiu-Jitsu or BJJ is a martial art based on grappling and ground fighting, focusing on the skill of controlling one’s opponent through techniques that force him or her to submit. It prides itself in being known as the “gentle art”, allowing a smaller, weaker person to use leverage and submissions (chokes, locks) to defend himself against a bigger opponent. With origins in Judo (Newaza) and Japanese Jujutsu, it has since been adapted and modified by Carlos Gracie and his family to become the martial art it is today. The classes focus on building personal goals, using individual strengths and abilities, while increasing self-esteem and capacities. 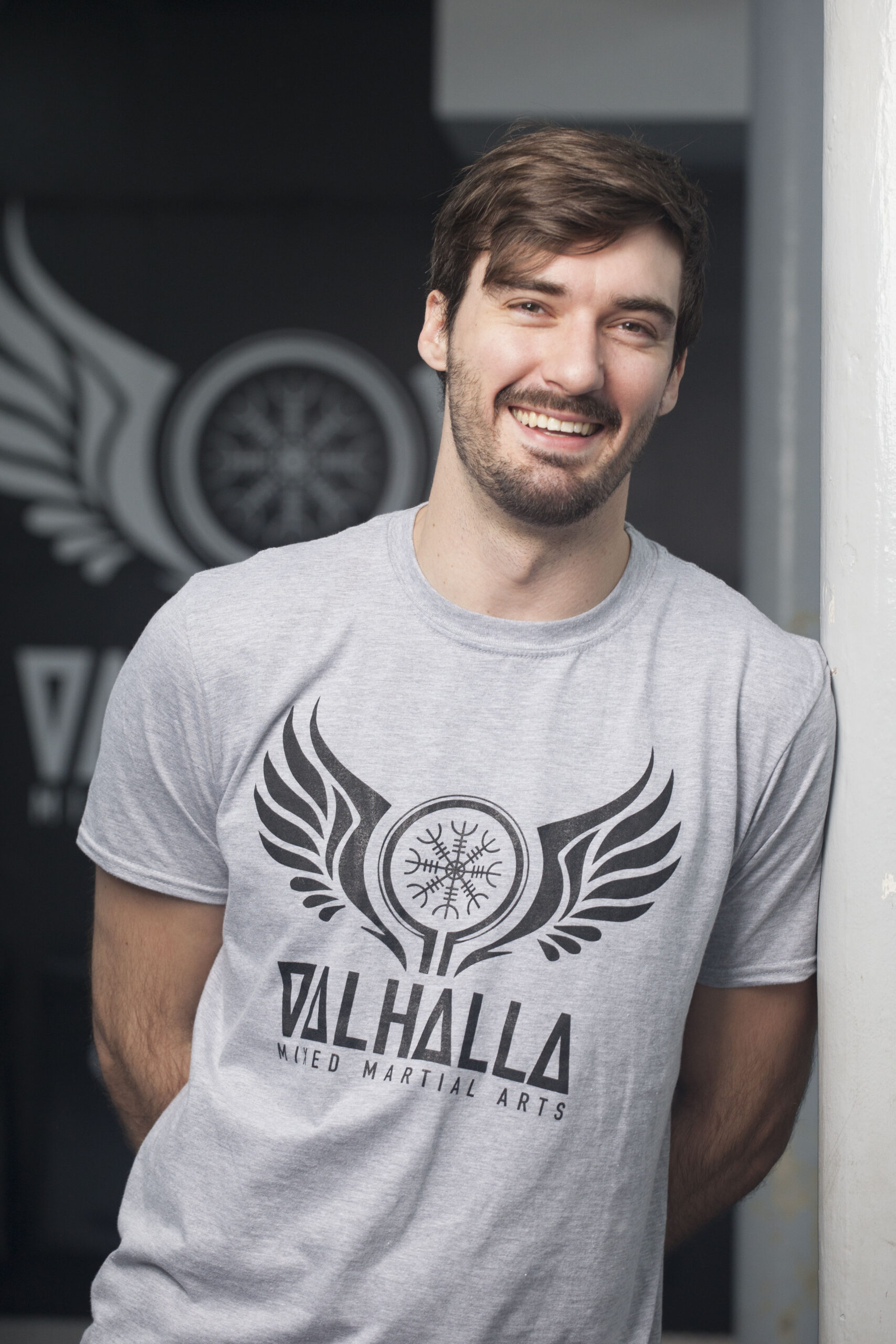 Brandon Lyons started his martial arts journey later in life. As a hot-tempered younger man, Brandon was constantly in fights at school with bullies. He tried a multitude of sports but thrived much more in one on one formats. Moving into high school, Brandon was exposed to Japanese Jiu Jitsu, which he studied for a year. Following that college and life derailed his passion for martial arts.

Brandon was later inspired by a persistent friend to get back into Jiu Jitsu. At this time, he joined Guelph MMA under Tony Weir. Brandon fell in love with martial arts once again. He travelled to Thailand for 2 months as a Muay Thai novice and went through the toughest training of his life. Following his return to Canada, he doubled down on Jiu Jitsu.

He moved to Toronto to train at Toronto BJJ under coaches such as Thomas Beach, David Mosleh, Jorge Britto, Vincent Payne. During his time there he began competing and eventually earned his purple belt.

Brandon eventually moved back to the Tri Cities area and started training back at Guelph MMA. Over time, a teaching opportunity became available. Brandon enthusiastically accepted and has been teaching there ever since. As a new chapter opens, Brandon has accepted a new teaching position at Valhalla MMA.

Brandon will continue to be an active competitor and coach, bringing vast grappling knowledge to the Guelph and Tri City areas.